Home > Who We Are > Advisory Board 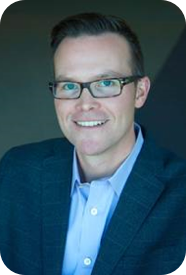 Nathan Evans currently serves as Chief of Staff and Senior Advisor for Academic and Student Affairs at the California State University (CSU) Office of the Chancellor, the systemwide office for the largest public four-year institution in the nation with 23 campuses and over 470,000 students. In this capacity, he serves as senior strategic advisor on academic and student affairs initiatives for the university system and represents the system in state and national venues on academic and student affairs matters. Prior to this role, he served as Director of Enrollment Management at the CSU Office of the Chancellor, responsible for systemwide admissions and enrollment management policies and practices, transfer programs, and academic advising. 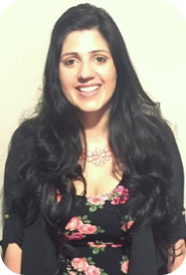 Catalina Cifuentes is an educator who has demonstrated a gift for counseling and advocacy on behalf of all students. In her former position as lead counselor at Santiago High School, Ms. Cifuentes worked with the counseling team to design a successful guidance program which led to Riverside County as well as California Department of Education recognitions for exemplary counseling practices. She worked with her administrative team and staff to transform the school by raising the academic rigor and expectations from students resulting in the highest graduation rate and second highest “a-g” completion rate in Riverside, Inyo, Mono, and San Bernardino Counties. Ms. Cifuentes now shares those best counseling practices across Riverside County as a team member in the Ed Services unit in the Riverside County Office of Education. She is also a former secondary Language Arts teacher and has extensive experience working with English Learner programs. She was selected in November 2014 as a speaker for the College Opportunity White House Convening- Strengthening School Counseling and College Advising. As a former AVID student and first generation college graduate, Ms. Cifuentes has a contagious passion for this work. Ms. Cifuentes was recently appointed by Governor Brown to the California Student Aid Commission. 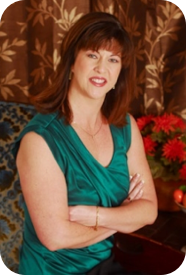 April Grommo has a wealth of experience within the California State University System and other California segments, gained over 23 years of higher education experience. While at Sierra-Cedar, she was a Program Director where she managed several student-system implementations with clients.

Prior to Sierra-Cedar, Ms. Grommo was the Director of the IT Project Office at California State University San Marcos. She provided information technology leadership, including enrollment management support and student-centered initiatives. In her current role, as Director of Enrollment Management Services, at the California State University she is focused on systemwide enrollment management strategies, policies, and practices including first-time freshmen, transfer, and graduate admission and coordinating the development and implementation of K-16 diagnostic, placement, and assessment instruments. Ms. Grommo received her Educational Leadership Doctorate from University of California, San Diego in 2014, where she focused on social networks of underrepresented community college transfer students. 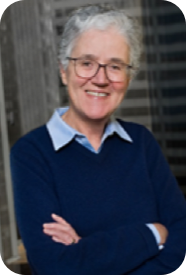 A widely respected leader with broad and deep experience in philanthropy and government, Julia I. Lopez served as the president and CEO of College Futures Foundation (then known as College Access Foundation of California) from 2008 until her retirement in June 2017.

Before joining College Futures Foundation, Ms. Lopez served as Senior Vice President of the Rockefeller Foundation. In that leadership role, she provided oversight, management, and evaluation of the Foundation’s strategic program grantmaking, which awarded an average of $150 million per year. In her earlier work for Rockefeller, she served as director of the foundation’s Working Communities program, addressing urban poverty and education in the United States.

Ms. Lopez has lent her talents to the California Legislature, the New Mexico Department of Criminal Justice, and the Department of Social Services for the City and County of San Francisco where, as General Manager, she oversaw programs serving the city’s most disadvantaged residents. She has also served on the Board of Directors of REDF (formerly the Roberts Enterprise Development Fund), and as a commissioner for the Western Association of Schools and Colleges Accrediting Commission for Senior Colleges and Universities.

Ms. Lopez currently serves as a member of the Statewide Leadership Council of the Public Policy Institute of California (PPIC), and she is a member of the boards of KQED, a Northern California public media outlet, and One Future Coachella Valley, dedicated to improving educational outcomes to meet regional workforce needs.

She is a graduate of Newton College of the Sacred Heart (now Boston College) and holds a master’s degree in public policy from the Goldman School of Public Policy at the University of California, Berkeley. In June 2018, California State University, San Bernardino awarded her an honorary doctorate in humane letters in recognition of her work on student success in underserved communities, especially the Inland Empire. 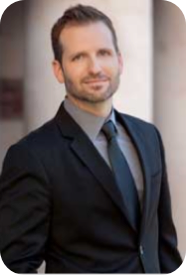 Mr. Miller has over 20 years of experience in the design and communications field. Prior to working at the Foundation, he served as Creative Director for the Strategic Communications Division of the California Community Colleges Chancellor’s Office, where he won a Gold award for the design of the CCC System Strategic Plan website. He attended American River College and is a graduate of the Art Institute of Seattle. 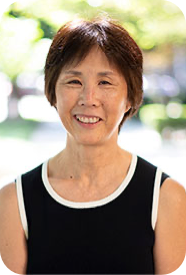 Paula Mishima is currently a Special Projects Education Administrator for the California Department of Education (CDE), where she has worked as the CDE’s program lead for the California Longitudinal Pupil Achievement Data System (CALPADS) since its 2009 inception. Mishima led numerous efforts to enhance CALPADS, such as implementing the ongoing data linkage with the California Department of Social Services to help ensure foster youth were receiving needed educational services and collecting statewide data on chronic absenteeism that is now used as an accountability metric on the California School Dashboard. Today, CALPADS feeds numerous mission-critical functions, including providing nearly all data for the Dashboard as well as funding calculations under the Local Control Funding Formula and registering students for statewide assessments. With an intimate knowledge of CALPADS data, Ms. Mishima has particular expertise in how data are used in the state’s accountability system and how schools and districts can use that data to continually improve student outcomes.

Ms. Mishima graduated from Stanford University and went on to receive her master’s degree in Public Affairs from the University of Washington. After graduate school, Ms. Mishima worked for the California State Legislature for 11 years—eight years as an education analyst for the Legislative Analyst’s Office and three years as the senior education consultant for the Assembly Ways and Means Committee. In 1994, Ms. Mishima left the Assembly to work as a legislative representative for CDE, becoming CDE’s Governmental Affairs Director in 1996. Former State Superintendent Delaine Eastin appointed her Chief Policy Advisor in 1998 and Deputy Superintendent over the Special Education, State Special Schools, and Education Support Systems divisions in 2001. 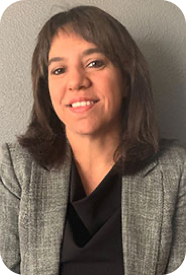 Jessica M. Wagoner is the Senior Associate Vice President for Enrollment Management and Services (EM&S) in the Division of Academic Affairs at Cal Poly Pomona. Ms. Wagoner leads and oversees the Offices of Admissions and Enrollment Planning; Outreach, Recruitment, and Educational Partnerships; Financial Aid and Scholarships; and the Registrar’s Office. Ms. Wagoner provides leadership, vision, strategic direction, management, and assessment of multiple, complex, and interdependent enrollment programs and services in the EM&S unit. Ms. Wagoner leads technology initiatives to increase productivity and efficiency and to expand data analysis to inform strategic decision-making as well as to remove institutional impediments to student success, and to provide responsive and quality service for Cal Poly Pomona’s diverse student body.

Ms. Wagoner has over 24 years of admissions, higher education technology, and leadership experience. For the past decade, Ms. Wagoner has served as the Director of Admissions and Operations at Cal State Fullerton and was previously the Associate Director of Admissions at Cal State Long Beach. Throughout her career, Ms. Wagoner has provided strong and strategic leadership on a variety of technology and enrollment management projects, and she played a critical role in successfully implementing multiple directives and policies, system and software modifications for higher education.